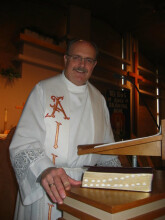 David Hatch was born and raised in Ames, Iowa. Prior to college studies, Pastor Dave worked construction, and had hopes of serving in law enforcement until his partial color blindness prevented that. He did not know what do do with his life. Through God’s Providence and a phone call from his sister, who was a kindergarten teacher in in Milwaukee, he enrolled in a college where, unbeknownst to him, many of his future classmates were studying to be pastors.

He received his education at Concordia College in Milwaukee; Concordia Teacher’s College, River Forest, Illinois; Concordia Theological Seminary, Fort Wayne, Indiana. His pastoral career began in 1982 following seminary, where he served as an Admissions Counselor at Concordia College in Bronxville, New York; parish pastor at Love Lutheran Church outside of Albany, New York. Pastor Dave has  served Our Saviour since the spring of 1989. 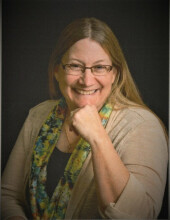 I am known as the Church Secretary and have been serving OSLC since 2005 after working for 18 years in the insurance industry. Although I was born in Stevens Point, WI as the third of four children, I was raised in De Pere, WI where my parents still reside. I currently live in Ashwaubenon with my husband of more than 25 years. I have two step-children and one grandchild.

My time at Our Saviour is spent greeting members and visitors, keeping the database and church calendar up to date, creating and printing worship bulletins, newsletters and more. I am involved in almost everything  ‘church related’. If you have a question, stop in the office and ask; if I don’t have the answer, we can seek one out together.

Engaging The 7 Habits of Highly Effective People (3 of 6) 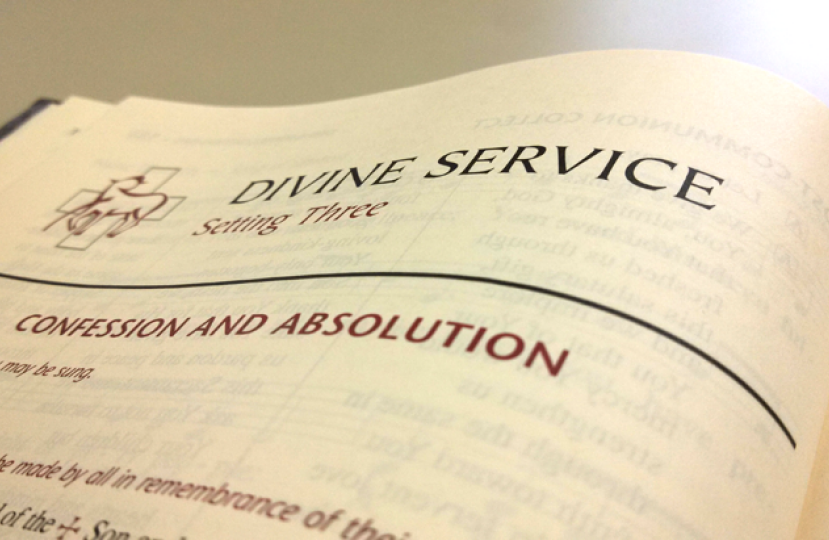